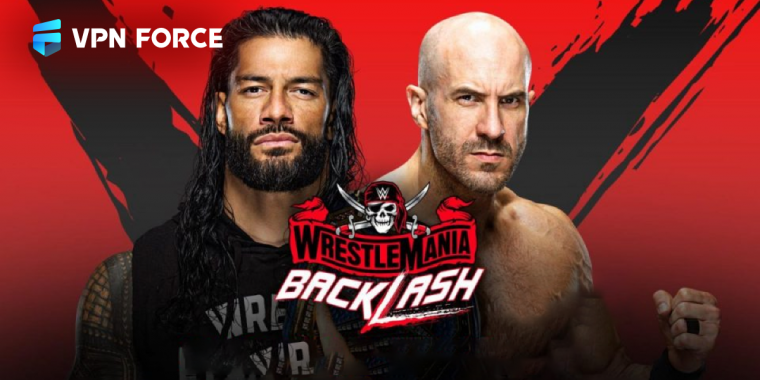 WWE has embraced series of exciting matches recently including WrestleMania Backlash, NXT TakeOver: In Your House, Hell in a Cell, etc. Are you ready for the excitement and will we see any major belts change hands? Here’s a guide on how to stream WWE events from anywhere.

How to Stream WrestleMania Backlash Online from Anywhere

The newest WrestleMania Backlash event takes place on May 16, 2021 at Yuengling Center in Tampa, Florida. The WrestleMania Backlash event is accessible for anyone as long as it’s purchased since it’s a pay-per-view event or PPV. Anyone purchaser can view it online via private telecast based on the COVID-19 pandemic particularity. Therefore, as long as you purchase the subscription on WWE, you’ll be immediately enjoy the wrestling and babies.

If you are outside the US, you can still watch WrestleMania Backlash on your phone with a VPN used. With a VPN connected, a private tunnel will be provided so that you’ll be able to have access to the Internet through an encrypted tunnel where your real IP address will be perfectly masked and a VPN IP address will be used instead. Therefore, you’ll be able to enjoy the wrestling event even while you’re on a vacation.

How to Stream NXT TakeOver: In Your House Online from Anywhere

The PPV attribute of NXT TakeOver: In Your House also allows you to enjoy the event from anywhere online as you pay for the streaming service from the Internet. Even if you’re staying outside the US while the show is on, you just need to download a VPN to unblock geological restrictions to still stream it with a US VPN server selected.

How to Stream Hell in a Cell Online from Anywhere

Hell in a Cell arrives one week after the last event NXT TakeOver: In Your House. It is a professional wrestling PPV and WWE network event produced by WWE for the Raw and SmackDown brand divisions. It’ll take place on June 20, 2021 at the Yuengling Center in Tampa, Florida that is the same location for WrestleMania Backlash.

Similar with WrestleMania Backlash and NXT TakeOver: In Your House, Hell in a Cell is also accessible whenever you pay for it. Go to the Peacock TV and you’ll be able to stream all WWE events online. Up to now, Peacock is now the exclusive streaming home of WWE Network. If you’re a green hand user on Peacock, you can still enjoy all WWE events for free online based on a 7-day free trial.

Unable to stream Peacock outside the US? Don’t worry, then. Use a VPN to unblock geological restrictions to stream the WWE events just like you are in the US.

Apart from unblocking restrictions, a VPN can also help you: